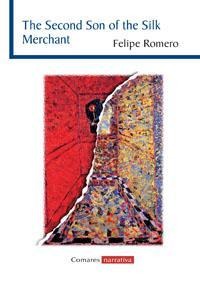 THE SECOND SON OF THE SILK MERCHANT

The Second Son of the Silk Merchant is a stirring chronicle, charged with lyricism and narrative force, of the decadence of Granada, a kingdom that had no Christian Middle Ages and that in slightly over ninety years evolved from being the last Islamic bastion in Europe to the iron-clad intolerance of the Inquisition.
The protagonist, Alonso de Granada Lomellino, embodies the city´s tragedy, living out with deep fervor the maneuvers of some enlightened Moriscos with respect to the Leaden Books of Sacromonte, followed by the subsequent repression and irreparable impoverishment of what had been the most prosperous city of the Iberian Peninsula, leading him to take refuge in the humanist mysticism of the poetry of San Juan de la Cruz.

Unlike other novels that have treated Granadas history from perspectives of exoticism or adventure, The Second Son of the Silk Merchant enjoysaside from its exquisite validity as a literary textan unquestionable advantage: its profound authenticity and the perfect, often dazzling, osmosis down through the centuries between the author and a magnificently-portrayed and masterfully-interpreted reality.