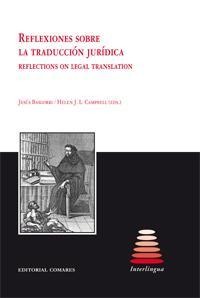 This volume contains the fruits of a pilot experiment that took place in Salamanca from February 25-29, 2008. The pages that follow are the result of co-operation between the University of Salamanca and IAMLADP, the International Annual Meet-ing on Language Arrangements, Documentation and Publications. It was the brainchild of a group of members of the Universities Contact Group (UCG), part of the Working Group on Training (WGT), a branch of IAMLADP, a UN-based forum for Heads of Language and Conference Services of International Organisations, set up some thirty years ago.
In 2001 IAMLADP, previously a forum of UN and UN-system International Organisations ( i.e. employers) only, decided to set up a new Working Group on Training to address the growing problem of finding enough adequately trained language staff recruits. It was time to focus on the training of future language staff recruits in universities: translators, interpreters, précis-writers, editors, proof-readers, terminologists and conference organisers. At the same time, IAMLADP was enlarged to bring in the EU language services, one of whom, the Directorate-General for Interpretation of the European Commission, was asked to take on the task of chairing this Group. Its basic approach was, from the start, one of undertaking joint ventures of a practical nature in different areas, both for life-long training of staff and building closer contacts with those universities from which all IOs hoped to recruit ever dwindling numbers of adequately trained linguists.
In 2006, the WGT set up a body known as the Universities Contact Group, a unique forum whose membership was made up of representatives of universities training future language staff and IO staff interested in this area. It was agreed to keep the UCG small and productive, proactive and inventive, and a call for volunteer members resulted in an ideal number of sixteen from each constituency joining. It was and is co-chaired by one University (Leeds) and one IO (DG Interpretation, European Commission).
The UCG has no budget, its members, all volunteers, have all undertaken to participate actively in projects, not just to meet and exchange views. It meets annually and conducts business by e-mail the rest of the time. At its first annual meeting in April 2007, members thrashed out a rough draft of a pilot project designed to cater to language professionals from different international organisations, UN, UN-system and EU. The pilot project was a seminar on legal translation, to be hosted by the University of Salamanca and attended by language staff from as many different organisations as possible, already a novelty in itself.
The UCG member from Salamanca University Jesús Baigorri, with the backing of the Dean and academic staff of the University, agreed to put together a programme of lectures and events of a week, while the UCG co-chair, Helen Campbell from DG Interpretation took on the practical formalities, drafting the announcement to be circulated to IAMLADP focal points, contacting the applicants and coordinating the different parts of the venture.

Three important features distinguish this seminar from others.

1) It was organised by a university for several different international organisations, and most crucially,
2) it was free of charge for the participating IO staff whose organisations would cover travel and per diem costs only, all others being borne by the university.
3) In addition, and as a quid pro quo, staff attending lectures on legal translation in the mornings would offer their expertise, professional experience and guidance to the students of translation and interpreting of Salamanca in the afternoons.

Thus a three-pronged approach meant creating real interaction between lecturers and professional language staff, between language staff of different organisations who would not otherwise have many possibilities for such exchange, and interaction between students and professionals, who could give them a unique insight into their chosen future careers and share with them valuable professional experience from many quite different realities.
This novelty was the hallmark of a new kind of professional training scheme, a venture into virgin territory which provoked not only curiosity, interest and enthusiasm, but also gave rise to many innovative ideas for future similar events.
The participants were asked before they arrived, to give an outline of what they expected to learn from the seminar and what they themselves felt able to offer the students. In some cases, their teaching plans changed completely after discussion with their peers so the new, fresh ideas were channelled into workshops and teaching sessions sometimes shared with other colleagues.

The following nine organisations and their thirteen staff participated:

HELEN CAMPBELL from the Directorate-General for Interpretation of the European Commission introduced the background to the Seminar, an initiative of the Working Group on Training of IAMLADP. Under this Working Group, a Universities Contact Group (UCG) was established to take account of the growing need for more and better trained language staff recruits in IOs. The shortage of such potential staff with the languages required was becoming a major problem for all IOs, hence the need to bring together representatives of both constituencies in a format that allowed for open discussion and led to practical, needs-inspired training initiatives such as this seminar. If the pilot project was successful, it would pave the way for a new kind of training, one involving eminent speakers, IO participants from different organisations and students who would learn from the professionals attending, who, in turn, could benefit from exchanging with each other their own professional experiences, an opportunity all too rarely offered. An initiative such as this might pave the way for more similar ventures.

FERMÍN ALCOBA, former Director, Head of Translation in the World Trade Organisation further underlined the need for closer cooperation between IOs and the training providers of their future staff, the universities. Only if the employers? requirements were properly understood could universities meet the challenge to train the future professional translators and interpreters needed to fill the ever decreasing vacancies for staff. Translation should be seen in this context as more than a single professional activity. It involved many different aspects and qualities, from purely technical knowledge to a far broader educational background and ability to grasp the essentials of a vast range of subjects, as well as knowing how and where to source the answers to questions. The employers? needs were always going to be different from the preparation given to even the brightest student, so the better the contact and bridge-building between the two, the greater the benefits for all.