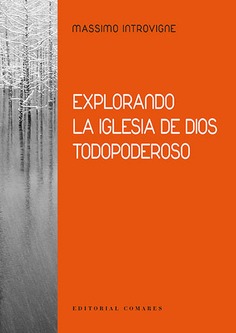 Branded as ''the new Falun Gong'' by local authorities, The Church of Almighty God is today the most persecuted religious movement in China. Thousands of police officers are deployed full time to identify and arrest its members. Hundreds of thousands are in jail. Yet, the movement continues to grow. Authorities (perhaps exaggerating) claim it has some four million members. They also accuse it of serious crimes. For the first time Massimo Introvigne, a world-renowned scholar of new religious movements, was able to interview hundreds of members of the once secretive movement, as well as Chinese police officers hunting it. He reconstructs here its idiosyncratic theology, centered on the belief that Jesus Christ has returned in our time in the shape of a Chinese woman, worshiped as Almighty God, to eradicate the sinful nature of humans, and that we have entered the third and final time in the history of humanity, the Age of Kingdom. He guides us to explore the Church's minimalistic but rich worship practices, and tells the dramatic story of its persecution in China. He discussed why the movement grew, and grew so rapidly. He accompanies us to visit the struggling communities of asylum seekers from The Church of Almighty God in various countries, and addresses legal and social issues about their status as refugees. A candid look at the accusations of crimes, which the author believes to have been largely fabricated by Chinese propaganda, completes the book.